Why do software publishers change software for no good reason?

Since the dawn of time, 95% of desktop GUI's have a toolbar with a minimum of File, Edit and Help.  If you wanted to open a file, e.g. a Word document or Eclipse project, you went to File and selected Open.  If you wanted to know what version of software you were running, you could rely on a "Help | About" menu option. 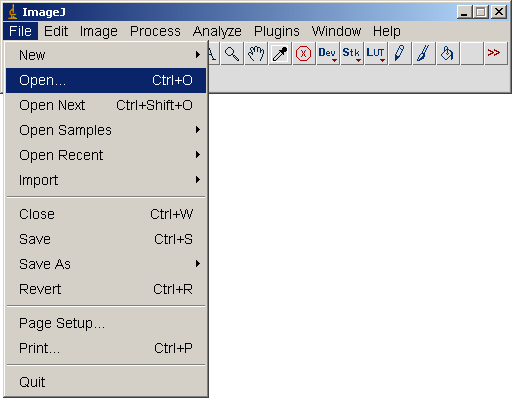 Now I challenge you to find out what version of Word, or any of the MS Office suite, you are using, on the more later version.  I don't know which versions, exactly since I can't see how to discover the version number I am on, but the ones where, for some unexplained reason, they've removed the Edit and Help menu, and clicking on File takes you to a whole new window.  It also makes it much harder to Google for the solution, since you can't search for what version of Word you are using, so 90% of results still say "Go to Help | About".

As well as that, they've also redesigned the file dialog; now it's impossible to go directly to any directory on your computer.  You can only go up or down a level, although if you click on the right area, it brings up the original classic file dialog!  Why is this hidden?  I can only assume it's so they can keep people paying for the MCSE certificates, or whatever they're called these days.

The latest culprit is Firefox.  What is the point of Firefox's "Other Bookmarks"?  If a user bookmarks a page, wouldn't they want it to appear under Bookmarks, not in some obscure folder that hardly anyone even knows about?  I imagine new users abandoning Firefox since their bookmarks don't seem to be added, which was my first thought.  They changed this feature a few months ago.  Why??  Was it too straightforward and logical?
Posted by Steve at 5:15 AM No comments:

Everyone remembers Thrust don't they?  Or Gravity Force?  If not, they were some of the first gravity/physics games, and great fun.  So that's why I wrote SpaceWar.  The full source is available here.  It's in Java, and should "just work".

The game uses jBox2D in order to do the physics.  This means that all values can be easily edited, such as mass, acceleration, gravity, bounciness etc...   The gravity also comes from the masses of the object rather than "down", so players will gravitate around planets etc..

For the multiplayer aspect it uses the keyboard and as many gamepads as you can plug into your USB ports.

Since it's fully open-source, you can do whatever you want with it.  Please let me know how you get on.

I'm currently developing an open-source multiplayer networked FPS engine, after getting addicted to Overwatch and TF2 and then wondering why there's not a single open-source Java multiplayer source game anywhere.  I aim to fix that, and at the moment progress is coming along nicely; it was never going to be easy but so far it has remained fun.  There's nothing to actually release yet; I'm going to wait until I've actually got a full game working before I release the source.

Anyhoo, the project has necessitated some additional code not directly linked to the project, which I can release.  The first one is a Simple Physics Library for jMonkeyEngine.

jMonkeyEngine comes with an excellent physics engine.  However, it is almost too excellent, and has a lot of features that I don't require which takes up CPU usage.  In addition, a multiplayer networked FPS requires the ability to "rewind" time on physical objects, which the existing JME physics engine can't do.

The full source is available here, which includes an example "first-person walking around" game.

And here is a video showing it in action. 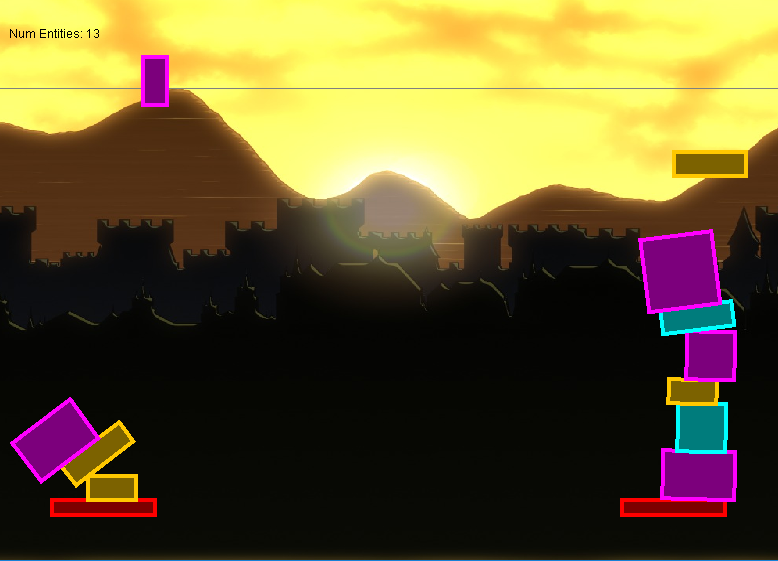 It's an up-to-3 players game, where the aim is to be the first to pile blocks all the way up the top of the screen.  However, it is physics-based, meaning unbalanced towers often topple.  It can get quite frenetic and fun when there's 3 of you, especially if one players tower topples into another.