Allow me to announce my latest Android game: Android Football! 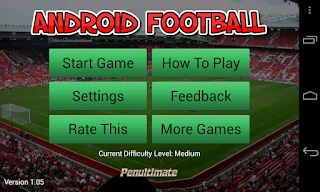 I've always wanted to create a football game, and with touchscreen controls it gets round the problem that old-style football games have in deciding which football player is under control.

But before kick off, the first thing to do is choose your teams formation.  One aspect I'm quite please with is the AI of the players.  They always seem to be in the right place at the right time. 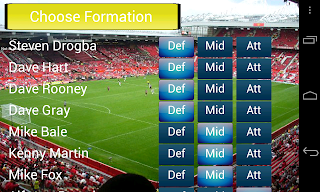 Once the game has kicked off, you control the players by dragging a line from the player to where you want them to go. 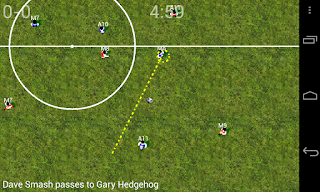 The players will automatically kick the ball when they hit it.  The direction is determined by the angle the touch the ball at, in the same way as a game of air-hockey (though this game is thankfully not quite as frenetic!). 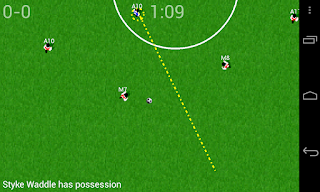 The free version only has friendly games, but gives you all the features of the actual match so you decide if you like the game.  In the full version you can also play in a league, and choose the number of other teams.  If it proves a success, I'll be adding a Knockout Tournament option to.
Posted by Steve at 1:36 AM No comments:

I've had a great idea!

I know, I'll add the Google+ API to my game Stellar Forces!  That way, new players will be able to sign up quickly and easily!

[3 hours later, after jumping through lots of Google-shaped hoops...]

What a waste of time.  I think I'll keep it the way it was.