My Most Popular Android Game

The world is a strange place.  Out of all my free Android games, my Kids Horror Adventure, a no-graphics text adventure, has now had over 29,000 downloads, which is about twice as many as my next most popular free game (Stellar Forces).  Who would have thought in this day and age that a simple text adventure would be so popular?  I might create another one.  They are the ideal game for me: no graphics! 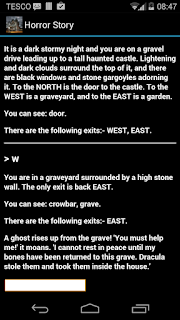 So my new game Assault Squad is about ready for proper public consumption and has now dropped its "alpha" tag.  It seems to be bug free, I just have to probably improve its instructional aspect so players know what on earth is going on and how to play! 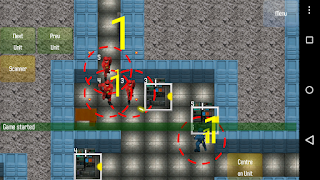 It's a Realtime Strategy game, and it's main selling point is the advanced AI. There's an AI for each side of each mission, and you can even set the AI to play against itself and sit back and watch the action.  It's single player only (or you can even set the AI against itself and watch the action unfold).  There are currently 4 missions, each with a range of maps, and there is also the option of randomly-generated maps so no two games are the same.


You control a squad of units and play against an advanced AI. Select a unit and then select where you want them to go. Your units will automatically shoot at the enemy if they see them, or if you're in control of aliens they will automatically attack. You also have a limited "pause" option which allows you to temporarily freeze the action so you can take stock of your impending doom. Use it wisely!

Play link: https://play.google.com/store/apps/details?id=com.scs.assaultsquad.main.full
Posted by Steve at 1:01 AM No comments: