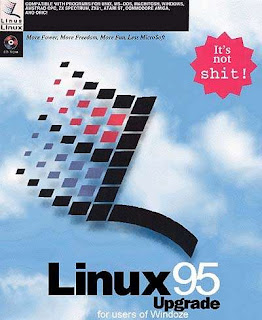 Sorry, this post falls under the category of "rant" rather than "games".

When you buy a washing machine (or pretty much any kind of consumer-electronics item) there is usually a telephone number you can call if you have any problems, at no extra cost over and above the cost of the item itself.

So why doesn't a company as rich as Microsoft have a number you can call if you have a problem with Microsoft software? Okay, they have far more customers than, say, Hotpoint, but equally that means they much more profit from all of those customers and could afford to man a helpline.

The reason why a number like that would have proved useful was when I was trying to install SQL 2005 onto Windows Web Server 2008. The option to install anything apart from the "client modules" was greyed out. It turns out after to-ing and fro-ing emails that it's not compatible (after initially being told the opposite).

What? Microsoft can't even write an operating system that is compatible with a program as common as SQL 2005? Yes. Who would have thought that someone wanting to run a website might want to run SQL 2005?

The solution, once I knew the problem, was simple. Install MySQL. They (along with most other people) can write software that works on more version of Windows than Microsoft can.
Posted by Steve at 2:12 AM No comments:

Why No Open-Source Adventures?

I've seen it commented before, and I've had a good look myself, but there seems to be a distinct lack of open-source free adventure games. However, it seems to me that reason is obvious - there's not much fun in writing them.

The fun of playing an adventure is wondering what's going to happen next; where the story is going, what you might see. But as the programmer, there are no surprises because you actually have to create it (and test it, again and again). As the programmer, you are the one person who can never appreciate the adventure for what it is, so it would be quite a sacrifice of your time to actually write one.

Still, I did finds this link to free adventures. I've never played them though, so I don't know if they're any good.
Posted by Steve at 2:09 AM 5 comments:

In between planning epic strategy roleplaying adventures that I'll have trouble completing in my lifetime, I like to knock up a quick and simple arcade game, and I now present another one.

Called Space Jihad, it's barely got a pixel of originality in it, so hopefully you won't have played any similar games before. It's like Tower Defence, but side-on. And IMHO it's quite fun to play.

I spent more time fine-tuning the game balance than actually programming it, and there is a lot more strategy to it than may meet the eye. Strategies like what kind of installation to buy and when, and then where to place it; all of these play a part.

And as with a lot of my other games, if you log in to the website before you play, it will save and show your high-score for the rest of the world to try and beat!
Posted by Steve at 2:19 AM No comments: